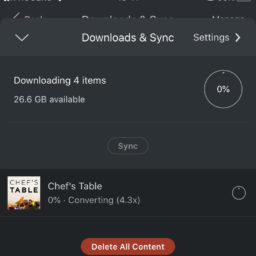 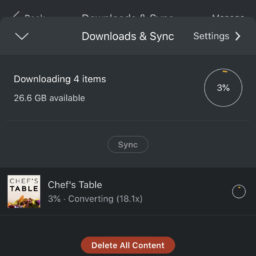 For those of you who read my Part 1 of this project you’ll remember I said I’d try installing a better CPU heat sink once I had some cash.

Well I did and it didn’t work. This post will hopefully save someone 1.5 hours of their life. 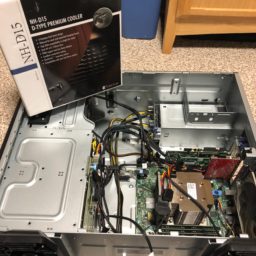 The first step was to remove the existing heat sink and left over thermal compound: 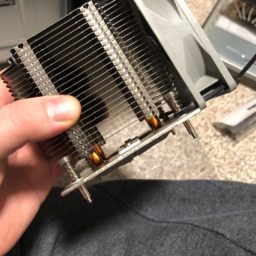 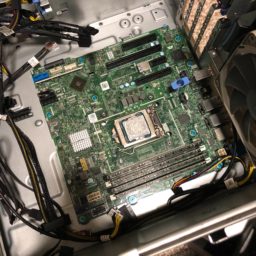 First thing I wanted to do was make sure the heat sink would fit before trying to figure out the bracket.

I tried it in the recommended configuration and it does fit but I’d lose access to my bottom PCIe 8x slot. 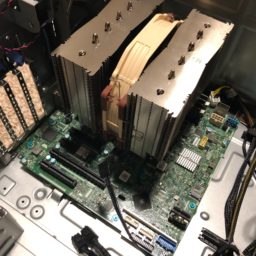 I then rotated the heat sink 90 degrees to a less than ideal airflow path which made it possible to JUST BARELY use the bottom PCIe 8x slot. 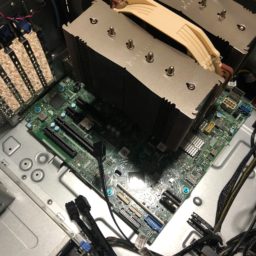 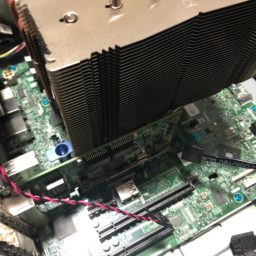 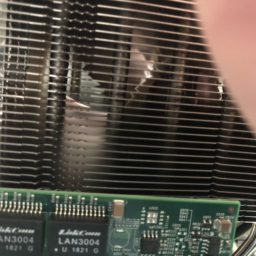 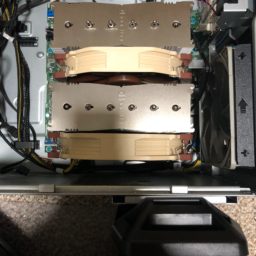 If I were keeping the Noctua installed I’d put a strip of electrical tape long the edge of the PCIe card in the bottom slot so if the heat sink ever made contact with the card it wouldn’t blow up.

Ok, so, the heat sink appears to barely fit. Now to mount it. This is where everything went wrong.

Once I had removed the OEM CPU back plate I installed the Noctua provided one and quickly realized it wasn’t going to work. The Noctua plate does not have threaded holes so I was unable to re-attach the CPU locking assembly. 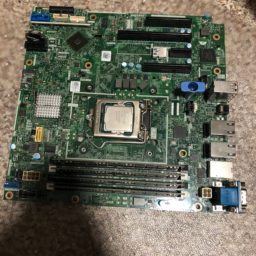 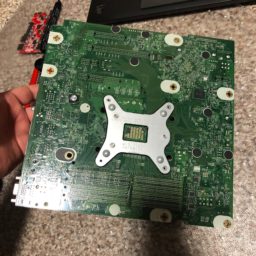 Bottom of motherboard with OEM CPU back plate still attached 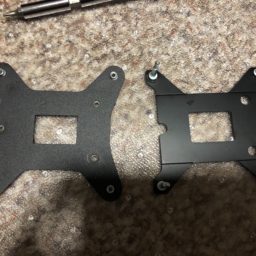 At this point there was nothing more I could do, I had to re-install the original OEM CPU back plate and OEM cooler and then put everything back in the case. In theory the motherboard is raised a fair distance from the back of the T340’s case. I could have gotten some washers and nuts and attempted to re-attach the CPU locking assembly using them and the Noctua back plate but this ultimately seemed like a bad idea.

I reached out to Noctua support just to see if they had a compatible back plate. They said “no” and that their products are not compatible with this motherboard.

I’ve also reached out to Arctic, BeQuite!, CoolMaster, Corsair, Thermaltake and Zalman to see if any of them sell a compatible cooler. So far the results are:

I will update this post when/if the remaining companies respond to me.

I’m just going to have to live with my current solution which does an adequate job.

It’s read-only Friday so I decided to perform a offline audit of our Active Directory passwords.

What I’m going to write here is mostly a repeat of these two Gitrepos with a few tweaks and corrections.

To perform this procedure you will need to be able to login to a Domain Controller. You’re also going to want a secure location to perform all of this work so the dumped list of usernames and hashes doesn’t escape your control.

Step 3 – Covert the hashes in the NTDS.dit file to Hashcat formatting

Step 4 – Compare your hashes to HIBP

The code in the Git Repos I linked at the beginning of the article are written as functions. For myself I just wanted a script I could execute with the appropriate parameters instead of futzing around with importing the function.

I also tweaked the original script for formatting (I like a bit more white space personally), added CSV headers, removed the spaces between commas, had the script append it’s execution time to the end of the CSV file and allowed for relative filenames as parameters instead of requiring absolute paths.

Here is my version of the script:

To execute it, copy/paste it into notepad and save it as ‘myAudit.ps1’ or what ever file name you’d like.

The final result will be a CSV file you can dig through.

The output may or may not surprise you but what ever the outcome, when you’re done you want to get rid of the <DOMAINNAME>-hashes.txt and the NTDIR.dis file as soon as possible. If someone snags a copy of that you’ll likely get in some serious trouble.

Head on over to SysInternals and grab SDelete

We recently needed a way to see what delegate permissions a client had given across the vastness that is their mailbox and it’s folder structure.

Digging around online I found this script from John Hopkins which got me 90% of the way there.

Their script was missing three things for my use case:

This script has been tested against Exchange 2016 only.

Update 2019-09-15: Finally got around to looking into this and it turns out all I had to change was “ProxyPreserveHost Off” to “ProxyPreserveHost  On” to get things working. I’ve updated the original post to reflect the changes. I also didn’t note in my original host that I purposely restricted access to the apache virtual host to 10.0.0.0/24 and 192.168.0.0/24 (my internal networks). You’ll want to update the “Allow from” lines to reflect your internal networks OR remove the “<Location /></Location>” all together to make it accessible from anywhere (not recommended).

Update 2019-08-19: I just recently found out that this proxy configuration only allows read-only access to the Pi-Hole UI. I was attempting to white-list a domain and it was failing when accessing my Pi-Hole via the proxy. I had to go directly to the box’s FQDN to white-list a domain. I will leave this post for reference and update it when I figure out a fix to this problem.

Today I got tired of accessing my Pi-Hole over HTTP, having to remember to put /admin/ in the URL and having to load up a browse that wasn’t Vivaldi or Firefox because they don’t have an easy way to ignore Strict-Transport-Security for my domain.

I checked out some documentation about adding SSL to the Pi-Hole directly but have concerns that future updates will wipe out all the custom configuration to lighttpd. According to this you also have to be careful when enabling SSL on your Pi-Hole as it could interfere with blocking.

I already have an Apache webserver running so configuring it to reverse-proxy seemed like an easier task, plus if for some reason I wanted to access my Pi-Hole from the general internet (without VPN) it would be simple to enable that.

Here is the reverse proxy configuration I used with a restriction to my two internal networks and a redirect from HTTP to HTTPS:

I am aware that my SSL configuration is not the best. I’m waiting for CentOS 8 to come out before migrating off my existing CentOS 6 server.

To find the best SSL configuration for your OS and Web Server I recommend checking out Mozilla’s SSL Configuration Generator: https://ssl-config.mozilla.org/