Inspired by this post, I’m basically re-creating it with copy/paste commands instead of images of the commands and updating the partitioning portion as I found some steps the original author took are no longer required.

Once the droplet has been created boot it up, grab the public IP and SSH into it as root.

Note: If you don’t SSH in as root put “sudo” in front of all of the commands after step 7

Go back to the DigitalOcean interface, select your droplet and open the console window

Once the droplet reboots you’ll be at the initial configuration wizard for setting up pfSense. Since this is deployment specific I will leave it to you to configure. 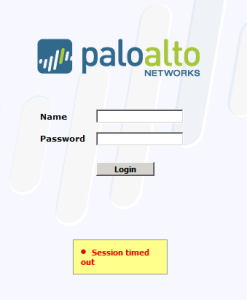 I recently deployed a LifeSize Express 220 in a school with a Satellite internet connection and a Cisco PIX 515 firewall running 8.0(4).28 and kept running into the strangest problem when making calls.

No matter if I was calling out or someone was calling in we’d be able to talk with video or audio only for exactly 45 seconds (per the call timer built into the LifeSize unit) and then the call would drop.

Initially I thought it had something to do with xlate, sip or h323 timeouts and the ‘inspect h323’ configuration that is set by default in the PIX firewall. Turns out it was a bit more then that.

Turns out the issue is a known one in how Cisco ASA/PIX firewalls running an OS older than 8.2.x inter-fear with LifeSize network traffic.

The solution as described in the video is:

This will resolve the issue for you as long as the remote end of your call doesn’t have the same Cisco PIX/ASA with older firmware. If they do they will need to enable VSAT on their end or upgrade their firewall firmware.

I’m still going to leave the ‘no inspect h323’ configured on my PIX just in case.

If your curious how to change that default /support/ password I’ve read you can do it via SSH. I’ll eventually post how to do that since I’m curious myself.