I live in Canada and couldn’t find a local supplier and most online retailers in the US would have charged an arm and a leg on shipping or simply had no stock so I turned to eBay and found someone selling one, brand new condition, for a reasonable price.

I placed my order and waited the 2-3 weeks to arrive and when it finally got here it wouldn’t not power on. I figured the battery was dead and plugged it in to charge. After about 8 hours charging the charge light hadn’t switched from red to green. I was able to power on the scale and it worked until I disconnected it from the USB charging cable, then it died again. Seemed like either the charging component wasn’t working properly or the battery inside the scale was toast or had a bad connection.

The unit was brand new and in a sealed package so I didn’t feel like I’d been duped. I reached out to Balanzza support and heard nothing back after multiple attempts to contact them. Since I had nothing to lose at this point I decided to crack it open.

Sorry I didn’t take good photos of the inside initially, don’t know why:

Left side of the inside 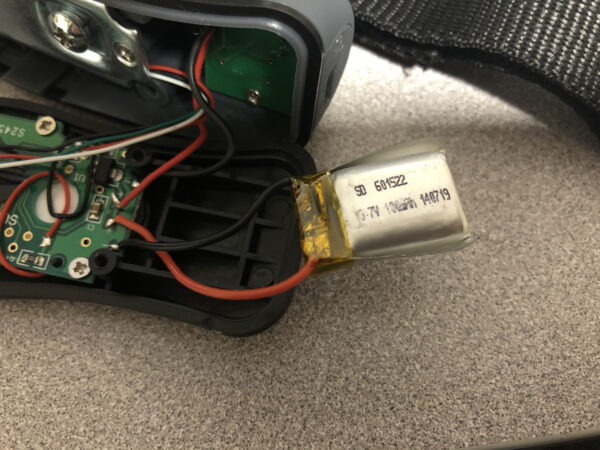 Right side of the inside

Looks like the scale comes with a 100mAh LiPol battery (601522). These are easy enough to find on Amazon, eBay and Alibaba depending on how much money you want to trade off for time waiting for the battery to arrive.

I had some 240mAh LiPol’s lying around for a small quad copter drone so I figured I’d do a quick test with one of those to try and determine if the issue was the battery. 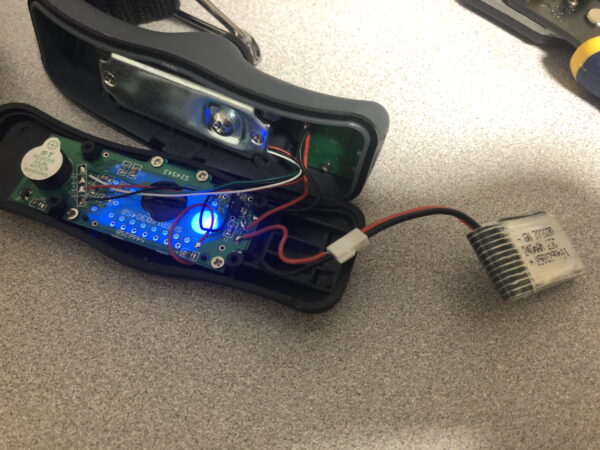 Inside with temporary battery

Very promising. This confirmed the included battery had no charge and was either toast OR the charging controller was faulty… or both. I cracked out the multi-meter and checked the 100mAh battery and it was toast, or at least toast looking enough I wasn’t going to bother trying to charge it. I also didn’t have a good way to charge it.

Space is tight inside the Balanzza and the original battery sat on the right side of the device in a very small space. Over on the left side of the scale there is a nice cavity that gave me a bit more wiggle room to put a bigger battery in but it was still too small to fit one of my 240mAh LiPols in so I was going to have to order something. Since I had to buy new batteries anyway I tried to find the biggest mAh LiPol that would fit inside the cavity on the left side of the Balanzza and came up with the 150mAh LiPol (402020) which measured 2.0cm*2.0cm*0.4 cm and would fit nicely. It seemed battery larger than that, mAh wise, was too physically large to fit. 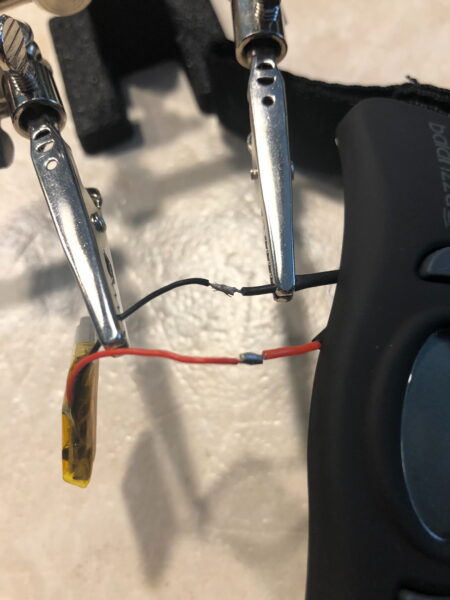 I suck at soldering

Hiding my shame with heat shrink

and I ended up with a functioning scale. I also tested charging and after 1-2 hours the light went from red to green. Appears I fixed it and gained 50% more battery capacity! 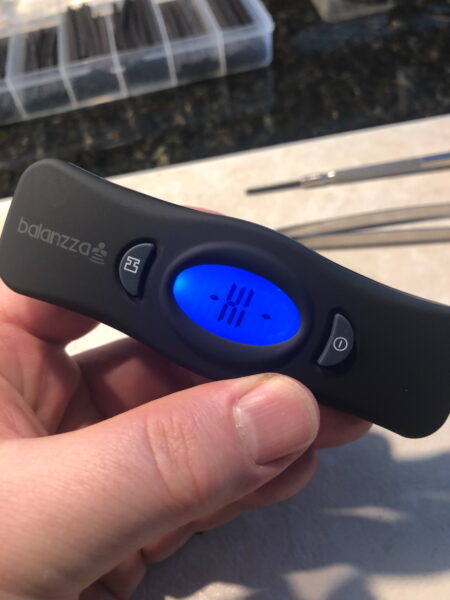 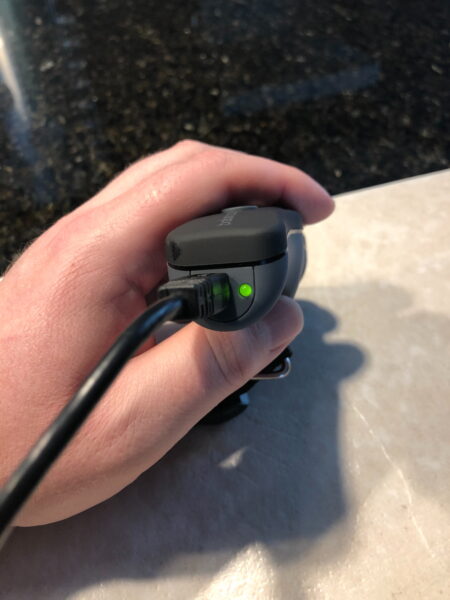