We’ve got a Samba server running on a CentOS 6.7 server. As part of the CentOS 6.7 upgrade a new Samba package was also installed. The packages were specifically:

Our Samba server is tied into a Windows 2003 Domain and we use groups to provide access to the shares on the CentOS server. It had also been running perfectly fine for months to years.

After the upgrade and restart of Samba users started receiving the following error when trying to access the share:

The group name could not be found”

After a significant amount of troubleshooting, reading and re-reading of the patch notes for this Samba update (https://rhn.redhat.com/errata/RHBA-2015-1383.html) I kept getting stuck on this:

* When the “winbind use default domain = yes” setting was used in combinationwith the “force user = AD_user_name” setting in the /etc/samba/smb.conf file, the AD domain user specified in the “force user” attribute could not access the share. With this update, setting “winbind use default domain = yes” no longer prevents the AD domain user from accessing the share in the described situation. (BZ#1201611)

I commented out the line “winbind use default domain = yes” in ‘/etc/samba/smb.conf’, restarted Samba and the problem was resolved.

This issue caused both domain logins to fail AND logins with local credentials.

Recently started replacing my microSD’s I use for some Raspberry Pi’s with the new Samsung EVO line of microSD card and figured I’d do some benchmarks.

I’m sure you can find much better write-ups online but here are my results from some quick benches using CrystalDiskMark 5.0.2 64-bit on Windows 10 64- bit using a Lenovo T450S and it’s built in SD Card Reader. 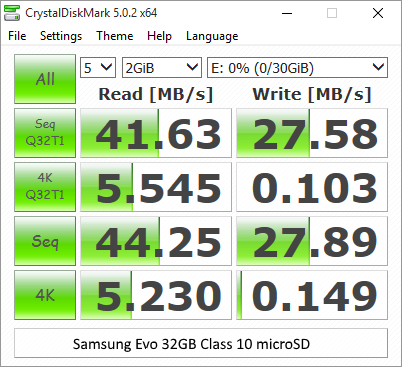 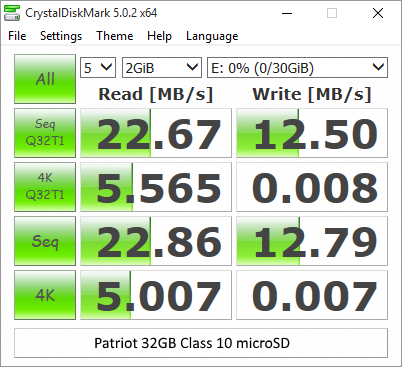 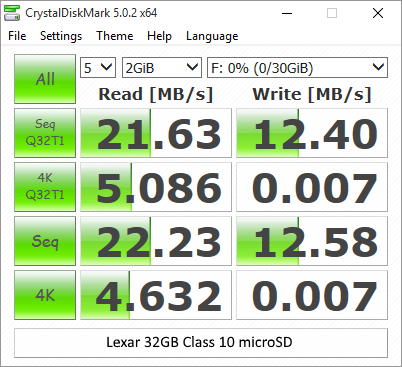 Each microSD got a quick format to FAT32 and then I ran the default benchmark in CrystalDiskMark.

The Samsung Evo clearly is the winner but we all already knew that.